The Colonel Benjamin Harrison Chapter of the Daughters of the American Revolution is based in Monroe, Wisconsin, but has members from all over Southwest Wisconsin.  The chapter is named after the Revolutionary War patriot ancestor of the organizing regent, Martha Relf. When the chapter formed in 1919, it was the third chapter in the southern part of Wisconsin. 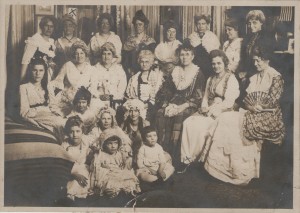