Learn how to become a member of DAR.

The National Society Daughters of the American Revolution (NSDAR) is a women’s service organization, which since October 11, 1890, has worked to promote historic preservation, education, and patriotism.

As one of the most inclusive genealogical societies in the country, DAR boasts 177,000 members in 3,000 chapters across the United States and internationally. Any woman 18 years or older-regardless of race, religion, or ethnic background-who can prove lineal descent from a patriot of the American Revolution, is eligible for membership.

We are a Centennial Chapter 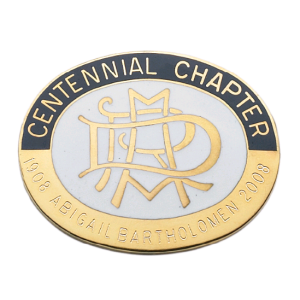 The Colonel Benjamin Harrison Chapter of Monroe was formed in 1919 from members of a chapter in Shullsburg formed in 1909 (the Rhoda Hinsdale Chapter).  Now it is 104 years of service.

In addition to service, members attend the meetings and activities that we organize. Participating in state and national level events and service projects, magnifies our efforts. For example we were able to obtain matching grant funds from National DAR to fund the Darlington Area Veteran’s Memorial. And we sent linens for soldiers returning from the Middle East within a Wisconsin DAR project. We conduct the DAR Good Citizens Award program for outstanding high school seniors in our area (15 schools). For more about what we do see the Activities page.